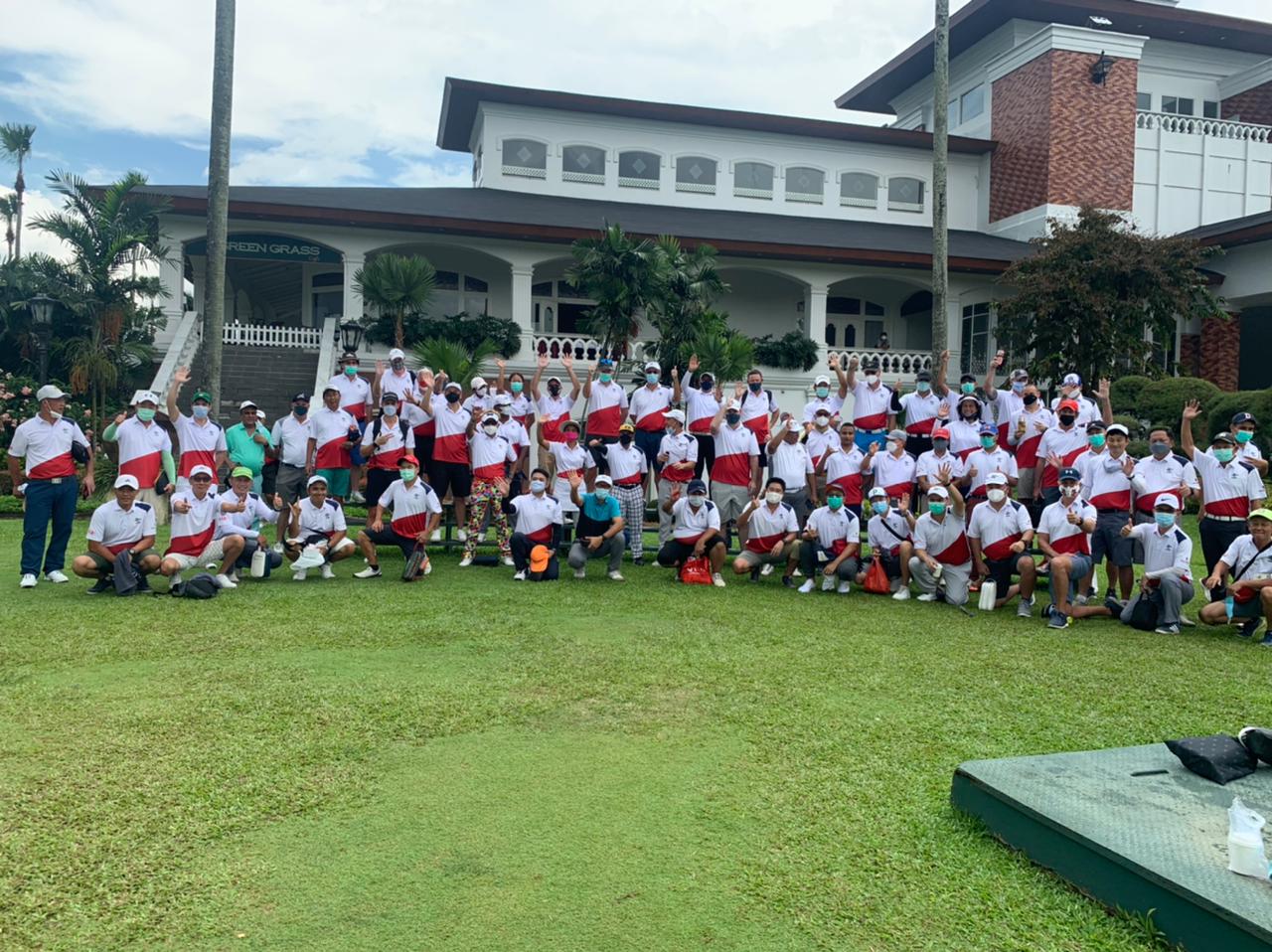 First of all , Thanks to all sponsors throughout the year and for the JAWS Anniversary Event:

We start with a special mention to AROGYA.ai and H2O.ai for the title sponsorship , thank you for your support and participation , enough cannot be said as thanks to you in making this event a success. We wish both AROGYA.ai and H2O.ai continued success and look forward to our growing partnership in years to come.

Of-course to all the other sponsors – Emeralda GC , Singgasana Hotels , Fitness First, Celebrity Fitness, VIA.com, Jika Chocolates , Samebike, San Miguel Beers, Salsero Cigars, a big big thank you for providing your generous support during the event and making the event enjoyable and memorable for all participants. We could not have done it without you.

Finally- the SHARKS , players and all other well wishers – thank you for your love, support and partnership with JAWS.

From a handful of golfing friends in December of 2019 playing with a first formal game in Feb 2020 at Matoa to a thriving golf society of 240+ members….

JAWS Golf Society is heading onwards and upwards as we hosted our 1st Anniversary Tournament at Emeralda Golf Club on Friday 26th, 2021 for a noon tee off with a good spread of JAWS players, guests and friends, all of 124 players to enjoy a close course event on Emeralda’s majestic River and Lake Arnold Palmer designed layouts.

The event got off to a good start with the Putting Challenge on the putting green at 10:00am sponsored and operated by Leonian Golf Indonesia, who also had the latest range of Odyssey putters on display for players to try and use during the competition.

Three holes were plotted on the large putting area and each participant played three holes in sequence for the minimum amount of putting strokes.

Out of around 30 participants: 4 players topped the scoring with 5 putts in total: Emil Marcelo, Simon Reynolds, Giles Taarland and Adrian Sughandi.

In the end winning both his playoff sudden death, head to head putts was Adrian Sughandi who took home a brand new Odyseey putter as the winner’s prize.

With a large group of 124 pax onsite the committee was keen to keep the event running on time, so after the group photo in front of the clubhouse and the confirmation of rules and regulations for the day players proceeded to their golf carts and dispersed towards their allotted holes ready for the 12:15pm shotgun start.

There was some slight concern as light rainfall threatened to spoil the mood before tee off but the powers of West Java’s mystical Pawang Hujan repelled all raindrops and grey clouds and sun shine and blue skies lit up the golf course for the whole afternoon of golfing and fun under the sun with complimentary beers on ice sponsored by San Miguel at the halfway house’s.

Some of the JAWS Great White Sharks put together some low nett and competitive numbers, but it was the guests and friends who posted the hottest scores winning both Best Nett Categories A & B albeit one Shark Wakit and a stellar Gross 75 posted to secure Best Gross Overall.

The windy conditions and damp fairways put the brakes on the longest drive numbers with knocks of 250m long enough to grab these skills prizes, but the talk of the evening was the Nearest to the Pin on Hole#4 River being won by a Hole in One by Azmi Bagindo!

A film of the day

Well played to all the Winners:

Nearest to the Pin:

After all the fun, drama, jokes, birdies, bogey’s and memories of the first 12 months as a JAWS Golf Society it was time to honor and respect our members the recognition they deserve.

To award a few players who stood out amongst the other JAWS Golfers in designated categories setting a standard and inspiring our other JAWS members for the next 12 months as a golf society.

One of the beauties of JAWS as a Golf society is its’ diversity Its members and was more then visible by the award winners and long may it continue as our Golf Society continues to grow and get people of all walks of life, age and handicap playing the wonderful game of Golf.

Clubman of the Year: Randy Albert,

Most Improved Shark of the Year: Srinivas Murthy

Most Rounds of the Year: Tarlok Singh

It was a touching gesture towards the end of the evening when the JAWS admins, all 5 of the 6 admins in Jakarta, were called on stage and a select group of JAWS players offered their gratitude and thanks for all the hard-work by the admins on JAWS days and behind the scenes in preparation of JAWS golf days.

In tribute and thanks to all the efforts each admin was presented with a custom white leather staff golf bag complete with Jaws Shark embroidery, Player Name, Nickname and Nationality Flag of which were very well received bringing smiles onto the faces of all admins.

Lastly thank you to our sister societies D.O.G.S and TEE SET for your support and continued friendship and above all thank you to all the players , the JAWS SHARKS for your active participation.

It is you that makes JAWS what it is , imagine , what would an ocean be with out its SHARKS , we look forward to swimming and conquering many more milestones together.

For more memories of the day , Please find attached below the full gallery of pictures of the 1ST JAWS ANNIVERSARY CUP.

Besides the weekly games, we look forward to now seeing everyone at the JAWS CHARITY DAY event on 23rd JULY 2021